Fascinating Bathu Temples also known as ‘Bathu ki Ladi’ where Ladi denotes chain, these temples are famous for yearly immersion in Pong Dam waters. Indeed, they remain partly submerged for 6 months and are entirely invisible during monsoon. This chain of artistic creation shows up gradually during summer and are then approachable by road. At other times, one can reach the temples by boat.

In particular, two different versions are handed out in relation to the origin of these mesmerizing temples. The locals believe that the Pandavas of Mahabharata times built them 5000 years ago. They contend that during their exile to the mountains they not only brought up the Masroor rock cut temple but this chain of temples as well. On the other hand, researchers and historians attribute this magnificent creation to king Harichand Guleria of Haripur-Guler. This seems plausible, as other forts near Pong Dam also came up during his reign between 14th-16 Century. Noteworthy, among them, are Forts at Nurpur, Taragarh, Kotla and Haripur.

As the name suggests, this chain of 6 temples in a row is created using Bathu stone. This being a hard sandstone is difficult to hew. Yet the hewing is artistic, which itself is a miracle. The entire structure being of hard material, it has withstood the vagaries of nature for centuries. This, in spite of the temples remaining underwater for no less than 9 months in a year.

Most noteworthy, as many as 5 of the 6 temples are devoted to Lord Vishu. However, the sanctum houses Lord Shiva. Attractive sculptures of Sheshnaag, Hanuman, Ganesha, and Goddess Kali also find a place of pride in these temples. Artistic stone carvings of Kali and Ganesha on the outer gate are mostly intact. In contrast, a few of the deities of comparably soft stone have partially decayed.

Bathu ki Ladi temples apart from being historical, are also a place of reverence for pilgrimage. Devotees used to converge here throughout the year from far and wide to pay obeisance. Eventually, it became impossible after the formation of Pong Dam in 1974. Since then they have been reaching out these temples only during summer months. In contrast, from the tourist point of view Bathu ki Ladi temples are at their best when half submerged in the depth of Pong Dam. It looks then as if they are meekly yet majestically emerging out of the deep depths of Pong Dam. Thus, in fact, this historic temple chain is open to tourist for no less than 9 months. Five months by boat and 4 months by road.

Visitors can reach Bathu ki Ladi by road via Dhameta and by boat from Nagrota Surian. Raadballi is serene and eco-friendly jungle resort accommodation near Bathu temples which can mean a spectacular feeling of being nearest to nature. 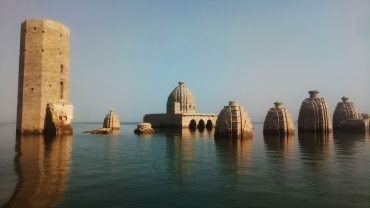 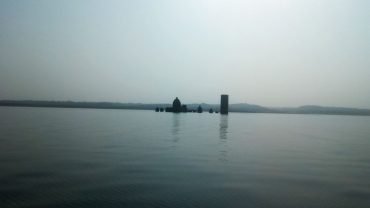 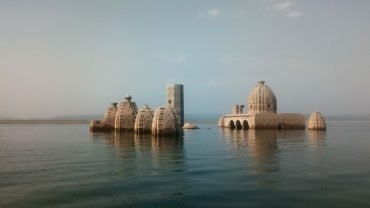 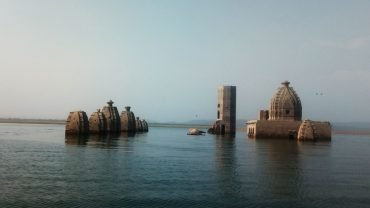 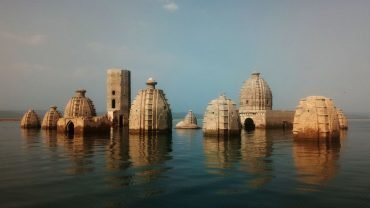