Himachal, especially the Kangra valley is famous worldwide for its natural beauty. First of all, it is under the shadow of snowy Himalayas. Its year around greenery and snow-fed rivers are rare gifts of nature. Blessed with terraced fields, cedar trees and beautiful forests with abundant wildlife, the valley offers unique hidden tourist places in Himachal.

Directly below the Dhauladhar range of the Himalayas this beautiful lake enterprising to reach. Perched in a remote hill pocket at 2934 MSL, melting snow from the Himalayas is its main source of water. The resultant outflow turns into a small stream called Nyund. Eventually, it merges into Gaj river feeding Pong Dam 40 km downstream. For one thing, coming directly from snow the lake water is very cold and crystal clear. Not only this, Kareri lake freezes for near to 5 months every winter. Most noteworthy, it is approachable from two sides. Descend from Naddi to Kareri or climb up from Metti to Kareri via Gaj river. Notably, both ways it is a trekkers paradise. Seems like, the place is some 10 km southwest of Naddi. An almost equal trek from Metti as well.

Even more, this has been an important route for nomads ‘Gaddis” moving to and fro from Chamba and Bharomour. In particular, they have been trekking through it for centuries with their herds of goats and sheep. Finally, we can count the Kareri lake as an important adventure tourist site as well.

A mere 25 km from Pathankot-Mandi National highway, lies the charismatic Barot valley. Incidentally, Barot village itself came into being only a century ago in 1924. It is a township now. 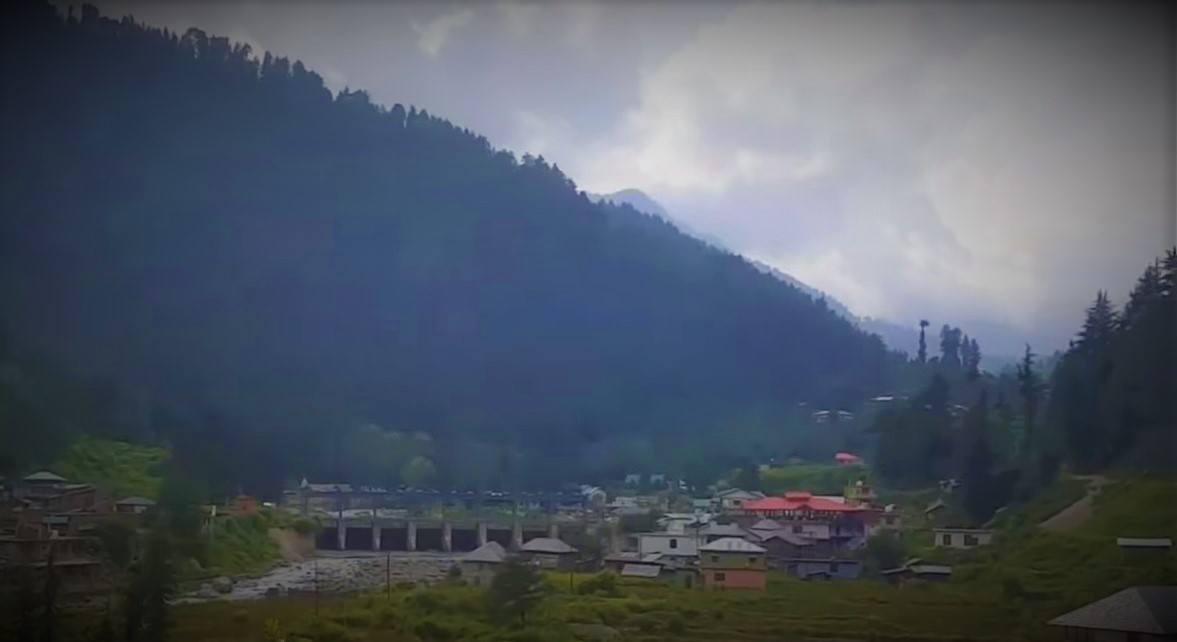 In fact, during that period Shanan Hydel Project of Punjab state government came up at Jogindernagar. With the coming up of this project the open space of Barot developed into a village. Notably, to reach Barot, one has to take a diversion from Ghatasani, 14 km beyond Jogindernagar. On this Ghatasani-Barot narrow road lie Jhatingri and then Tikkan villages. Eventually, from Uhl rivulet to the end. A high altitude ropeway also operates from Jogindernagar randomly. By using the rope-way the distance to Barot is reduced drastically to 12 km.

Also, at Jhatingri cliff was once the summer palace of the king of Mandi state. Indeed, whatever remains of it is history. Eventually, ahead of Barot along the Uhl rivulet lies the Nagru wildlife sanctuary. Wild sheep Gharol, black bear, the rare Monal and Kardi among others find their place here. Especially, a rural trek passes through the sanctuary to distant Kullu. Even more, the trout breeding fish farm at Barot is famous across India. Of the 21 varieties of trout fish, a select one with the bold head is reared in the farm. Thousands of fishlings are released into Uhl as well. As a result, angling in Uhl becomes rewarding.

An asset of Pong Dam these historical temples have an aura of strange phenomenon 3 months in a year. Also, these temples are not approachable for 8 to 9 months except by boat. This possible from Dhameta of Nagrota Surian. It is only from May to June that they can be reached by road or on foot from Jawali. 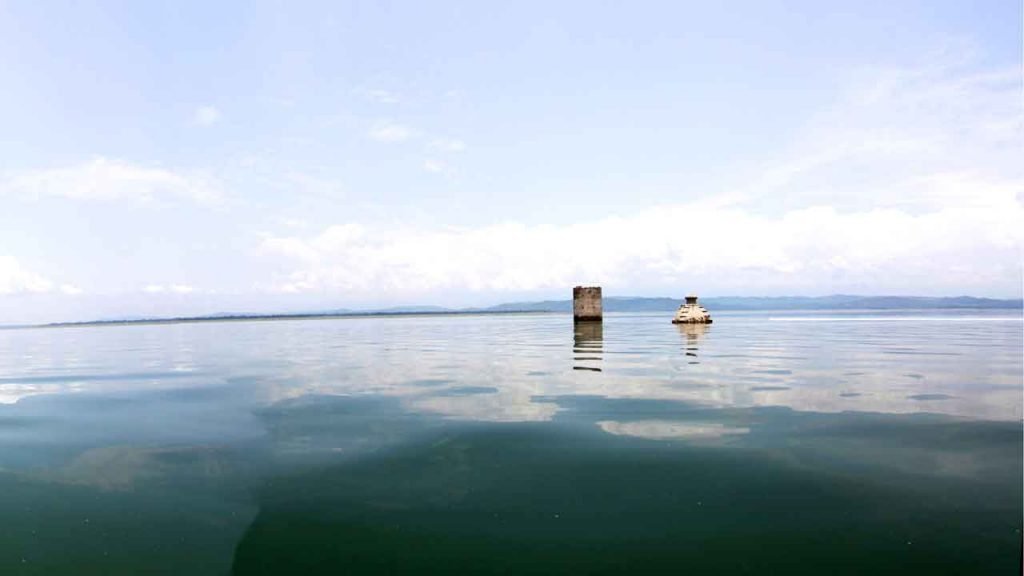 While local believe that these temples relate to Mahabharata times, others attribute them to a local king of the 17th century. For one thing, pilgrims and tourists from far and wide converge to witness the miracle attached to them. 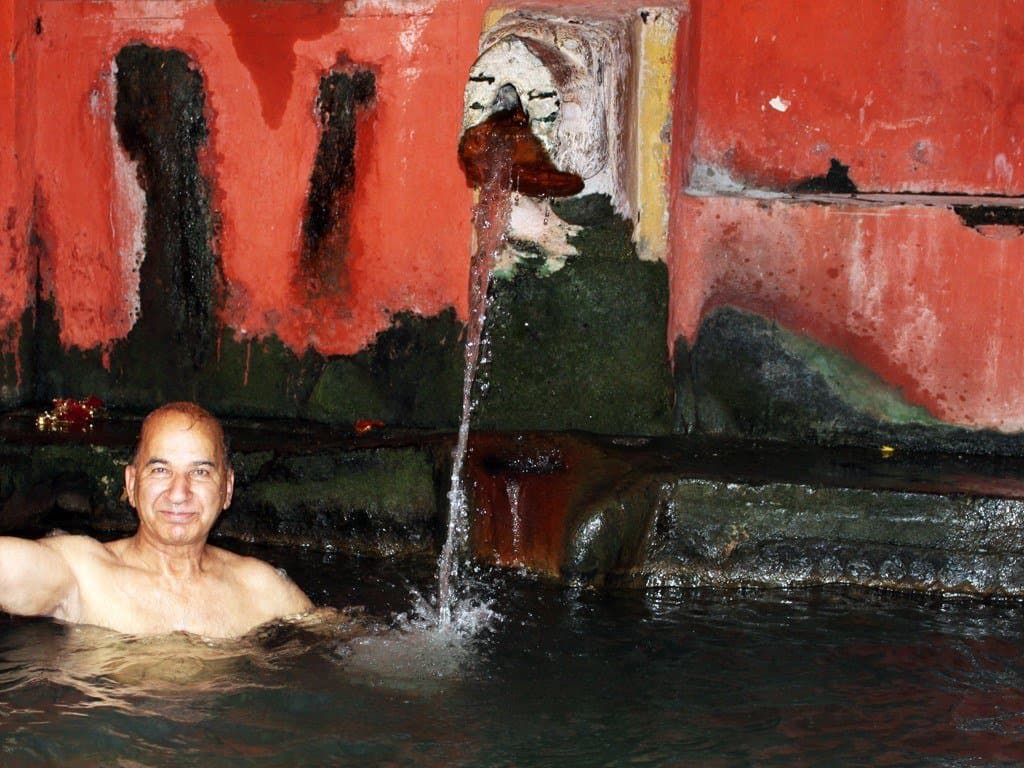 Away from the limelight, this rare gift of nature exists at a hitherto secluded site. Also, it happens to be at the edge of a thick jungle. Gaj rivulet too flows 50 meters to the East. Of late, it has been connected by road via Jheeballa near Salol village. Visitors from other states and abroad come here to take a dip. They are said to be having medicinal value. It is a serene place where one can feel on his own. These hot water springs are 40 km south of Dharamshala on Gaggal-Nagrota Surian road.

It is an exclusive mid jungle retreat. In fact, it is entirely cut off from the humdrum of the rest of the world. Consequently, it combines, peace and serenity with a comfortable stay. A rare retreat for those seeking adventure and wellness by Dashkarma Ayurveda Therapy. The facility is 45 km south of Dharamshala and a mere 8 km from Pong Dam. Historical Masroor temple of 6th-8th Century is just a 4 km trek.