Shiva temple at Baijnath township is said to have been built by Mayuk and Ahuk brothers in the 9th century AD. The historic temple is at a height of 1000 meters MSL. Importantly, Baijnath township itself bears the second name of Lord Shiva, namely Baijnath. It is a definite sign of obeisance over generations. The historical temple is important both from tourism and religious angles. 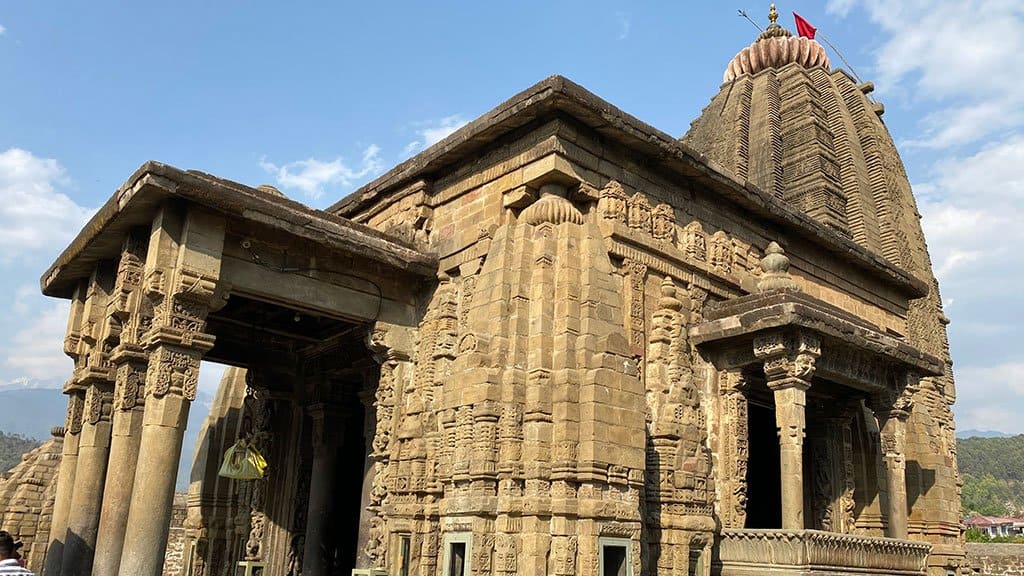 After deep meditation demon king Ravana was able to obtain Shivlingam from the Lord as a reward for devotion. He wanted to carry it to Lanka. Lord Vishnu somehow made Ravana hand it over to one of his confidant. That is how Shiva Lingam got its place at holy Baijnath. It has its massive single rock “Nandi” in the foreground.

This temple has immense sculptural importance. It is built in Sikhara tradition. 6th-7th century Masroor monolithic rock cut temple bears the only other example of this tradition.

Ironically, there is not a single goldsmith shop at Baijnath. There is belief that gold loses its shine at Baijnath. According to the myth golden Lanka too lost its shine due to Hanuman effect.

Another fact about Baijnath temple is more surprising. World famous Dussehra festival does not happen at Baijnath. It is so because King Ravana was an ardent devotee of Lord Shiva.

Ravana was intent on securing Shiva Lingam at any cost. He gave up his 9 heads out of ten. This was near this temple to please Lord Shiva.

The Lord when happy blessed Ravana to be Dashanan He also came in the shape of Shiva Lingam. This is the very same Ling-Bhug at Baijnath temple. Ravana was unable to carry it to his Lanka.

Khir Ganga ghat also known as Mini Haridwar is just below on the side of temple. Devotees take holy bath at Khir Ganga.

Lord Shiva is known as the creator, saviour, and destroyer all in one. He appears before his devotees only through Shiva Lingam. This they worship.

Apart from being known as Baijnath, Lord Shiva has many other names. Twelve Jyotir Lingams have long been in existence in his name across India. On the occasion of Shivratri there is a big congregation of devotees, tourists and pilgrims. This is the night of his marriage with Parvati. It occurs mostly in the month of February every year.

The overall beauty of the place is fascinating. Binwa rivulet takes an abrupt serpent-like turn while flowing directly below this temple. This gives a perfect image of beautiful garland of nature around the entire township. 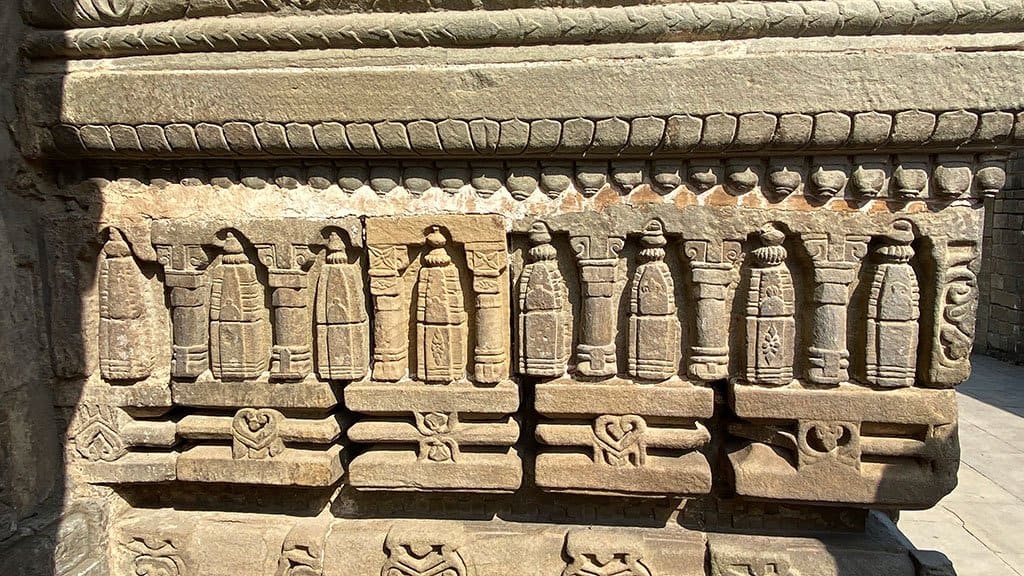 Tea gardens dotting the slopes in the Kangra Valley on way to Baijnath are fascinating. They are green throughout the year. With or without pruning they give a feeling of a vast army lined up in a perfect formation. 15 km ahead towards Manali is Bir Billing paragliding center. International competitions in paragliding take place at this site. The place is fast coming up as a popular tourist spot. It is one of the best spot for paragliding worldwide. Just like Baijnath this place too lies in the foothills of Himalayas. In addition, it is at a greater height and far more scenic.

Paprola town is just 1 km from Baijnath. From here, one can opt for a joy ride in the toy train to Pathankot. The scenic view of Kangra valley is enjoyable all along. At times this narrow gauge heritage train extends upto Bir Billing itself. Those visiting this historic Shiva temple have a choice to board this train from Bir Billing or Paprola.