A legacy of distant past Masroor rock cut temple stands on the summit of sandstone series of hills. Most noteworthy, they are carved out of a single mammoth rock at a height of 2500 feet. Also, historically the origin of Masroor temple happens to be in the 6th-8th Century A.D. Above all, while these rock-cut temples are 35 km from historical Kangra Fort, they are only 4 km from Raadballi Retreat by trek. Not only this, there is only one comparison to these temples worldwide. Angkor Wat of Cambodia alone, in fact, resembles these temples in architecture, historicity, and elevation.

Actually, according to local belief Pandavas of Mahabharata times built these temples during banishment 5000 years ago. Their route was from Hastinapur to Masroor via Hoshiarpur, Chinpurni and Raadballi. In contrast, historians believe them to be the creation of Lord Shiva worshipper Kangra king Yeshovardhan. He was ruling the kingdom somewhere during 6th-8th Century A.D.

Indeed, visitors and researchers from all over the world are keen to experience the thrill of visiting this historical temple in Kangra valley. In particular, the exceptionally creative architecture of Masroor temple compares with rock-hewn temples of south and western India. That this type of magnificent monument could come up at such a rural village during those bygone times remains a secret.

Once at this awe-inspiring place,  visitors have an overall view of the Kangra Valley. Even more, the snowy Dhauladhar mountain range is most soothing to the eye. The place is in a rural setting and thus perfectly serene by the side of an attractive fish pond. Visitors enjoy feeding fish. Surprisingly, The pond remains naturally filled with water throughout the year.

Originally, there were to be four gates to the temple but only one is operative. There are 15 small temples which complete the rock-cut Masroor temple. The garbhagriha or the main temple houses Lord Shiva in the owner of his accession to the throne. Vishnu, Rama, Laxman, Sita, and others find their place in the adjoining temples. Statues of Rama, Laxman, and Sita are probable additions of 19th Century or even later. People from far and wide converge for pilgrimage.

The nearest mini markets are Lunj and Nagrota Surian 8 km each on either side. Similarly, a visitor to Masroor temple can easily combine his tour to Pong Dam, hardly 10 km from the temple. Raadballi Retreat is midway between Masroor temple and Pong Dam. One is assured of comfortable stay combined with adventure in the midst of the evergreen jungle. To top it, one can turn the trip into a wellness holiday with traditional Ayurvedic procedures. Also, experience intermingling with the diverse rural culture at its best. 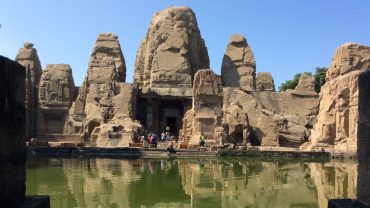 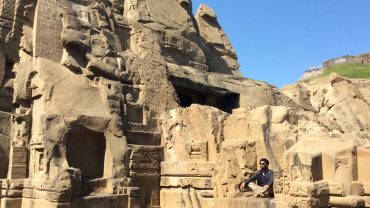 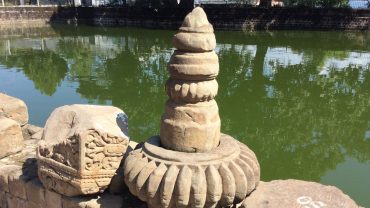 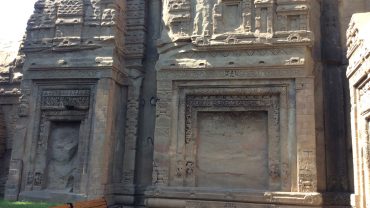 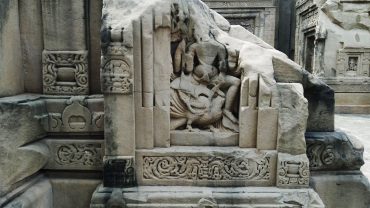 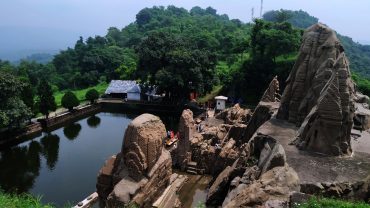 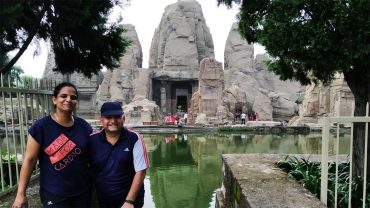